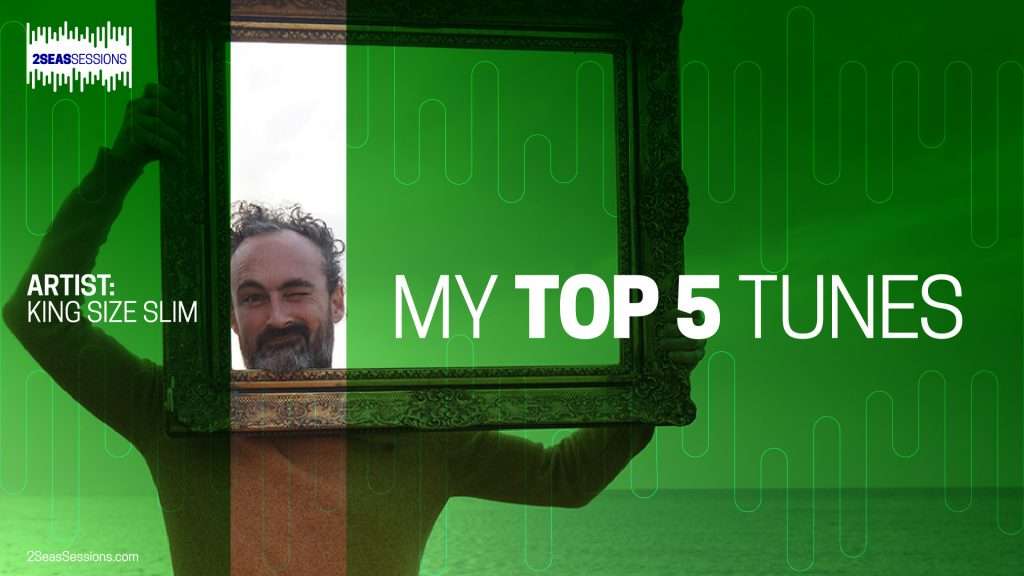 With a beard full of lyrics, a rusty guitar, a pair of leather stomping boots and a whole lot of heart, King Size Slim is a roots rocker with plenty of soul with a twist of the blues.

Five songs that changed my life

With a beard full of lyrics, a rusty guitar, a pair of leather stomping boots and a whole lot of heart, King Size Slim is a roots rocker with plenty of soul with a twist of the blues. Here are 5 tunes that mean a lot to this one man guitar explosion.

Toots and the Maytals are just one of the best bands in the world. When the intro of 54-46 rolls in with its spacious call and response ‘pick it up mister’ its an onomatopoeic call to the floor for anyone who has a heart-beat and a soul a few short seconds later and the rhythm hits we are exalted into heaven. I have a soft-spot for the subject matter too, a hardly disguised essay against cannabis laws is always going to be a winner with me.

Its simple, its to the point and its still kicking it 50 years after its original release. “I said, yeah!’

On side three of Jimi Hendrix’ double album Electric Ladyland theres ‘Voodoo Chile’, not the radio friendly, 3 and a half minute ‘voodoo chile, slight return’ but a longer stretched out blues jam of version featuring Stevie Winwood on an epic hammond Organ.  When I first heard this, it changed my perception of not only blues but recorded music in general. It proved to me that its all about feel and space, not clean, perfect recordings.

Throughout the song there are feedback and tuning issues and also a huge echo from the room too, and i’ll swear you can hear the recording engineers furiously fixing equipment in the mix, but it all just adds to the magic.

I’m of a generation where Hip-Hop had just hit the UK mainstream. I wore my Adidas with no laces just like Run DMC, but I’d also listen to Muddy Waters and John Lee Hooker. I didn’t really see much difference, but was always surprised at how anti-hip hop some musicians were, particularly those a little older than me who’d missed the hip-hop train.

Then I heard G-loves eponymous album G-Love and Special Sauce, it had all the jazzy swagger of a blues band but with a serious hip-hop thing going on. It was just the coolest thing I’d ever heard. The guitar sounds broken, the bass riff is heavy, the vocal syncopation is beautiful, and its all there, 100 years of musical history in one song.

There are 29 known Robert Johnson recordings, all of them are killer. In my estimation this is his ‘pop’ tune, a friendly tune with a sense of humour , catchy and danceable, and no mention of the devil.  As a blues-kid I listened to all of his songs, ‘Sweet Home Chicago’, ‘Me and the Devil’ etc and got to know the mythical story, and then I heard ‘Hot tamales’ it told me that this blues music is not and has never been entirely about serious low-down self-expression. Johnson was employed to play and entertain people and this is exactly what this song does.

As a solo performer I have often thought of what I do as like a D.J with a box of 7’s.  I’ve got my set, sometimes it goes down better than others, and because of this I have my ‘floor-filler’ tunes in reserve. i’m not sure but i think ‘Hot tamales’ was probably amongst Robert Johnsons ‘floor-fillers’

I’ve never really been a fan of Country music, particularly that rhinestone, spangling kinda stuff, it passed me by as a kid. A few years ago now I was playing at Leigh Folk Festival and was invited as part of the festival to a sing-a-round in a local pub. We all sat folk-club style in a circle and swapped sing-a-long songs. It came the turn of a double bass player from one of the other bands to lead, he was a big chap and had swapped his bass for a lightly strummed Ukulele. He sang in a falsetto voice ‘Jolene, Jolene, please don’t take him just because you can’. It was the first time i’d ever really listened to the words. What an astonishing song, with such a great intent and story to it.