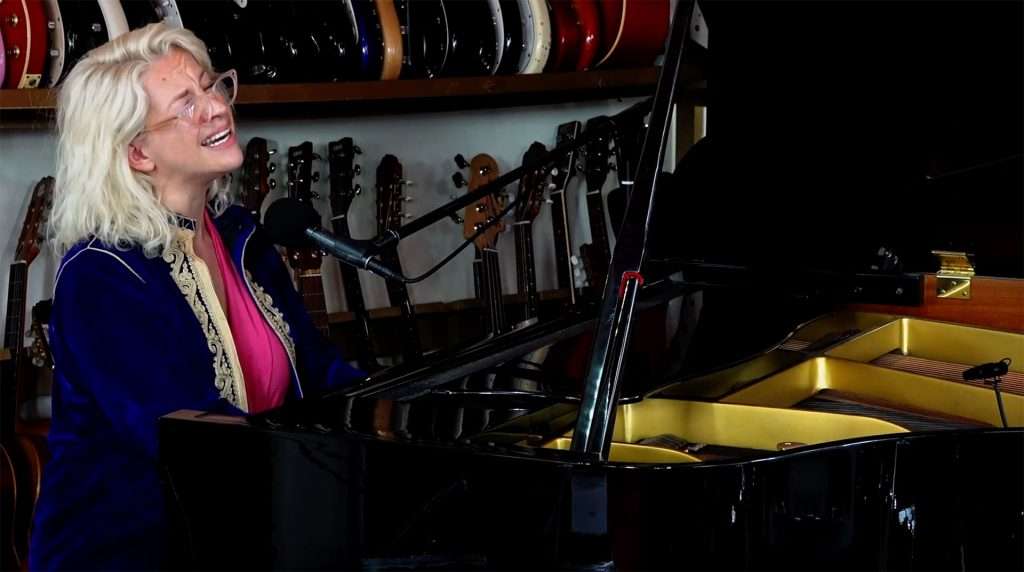 So happy to meet up with Izo, we are big fans.

A Londoner born-and-bred, Izo’s music is influenced by the raw power of female blues legends like Janis Joplin as well as the heartfelt lyricism of soul men such as Bill Withers fused with her own gospel roots from years spent singing in, leading, and directing touring choirs.

Her songs are built for performance, with sincere and compelling lyrics delivered over tight and melodic grooves. She effortlessly transitions them from the recorded versions to the live stage with her band’s unique 7 piece line-up, shunning typical soul instrumental combinations to instead feature up to 5 gospel backing vocalists. This vocal arsenal provides the perfect foil of uplifting harmonies to her powerful lead vocal and jazz-tinged keys work, setting her apart from contemporaries and have won her plays on BBC 6Music, BBC London, JazzFM, a ‘Heavy Rotation’ feature on NPR in the US and strong support from the likes of Clash Magazine, Indie Shuffle, Eton Messy, and La Belle Musique.

Her music and vocal talents have taken her far and wide – from touring America’s Deep South dive bars and collaborating with the cream of New Orleans jazz and blues musicians including Grammy award winners Jon Cleary.