Is Music Therapy For You? 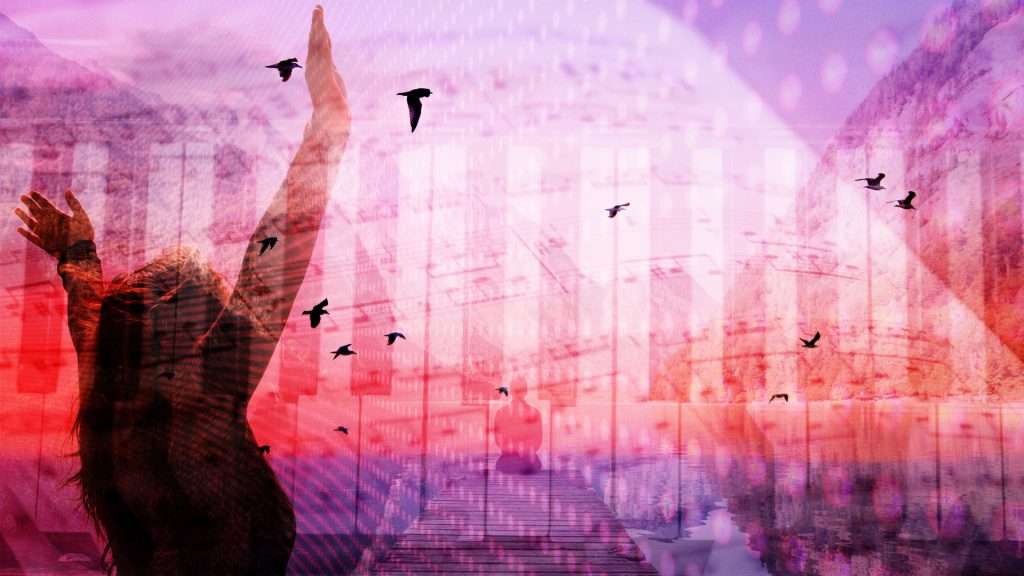 Some like it soothing while some prefer to dance to the tune; some resort to it to escape reality while others try to find the meaning of life in lyrics, but rarely would you come across anyone who does not like music.

Some like it soothing while some prefer to dance to the tune; some resort to it to escape reality while others try to find the meaning of life in lyrics, but rarely would you come across anyone who does not like music.

Often your heart rate speeds up and scientifically there has been proof of changes in blood pressure and hormone level due to music (the change in blood pressure depends upon the kind of music you listen to, while metal and rock would create a positive change, soothing music helps to regulate blood pressure). The foundation of music therapy is the instant connection and emotional relationship that one creates with music.

In a more theoretical sense, music therapy is the clinical use of music to therapeutically help in achieving individual goals. This alternative health care field has been around for centuries and was initially mainly used on infants and seniors with physical, emotional, and mental health issues.

Over the last few years, the practice of music therapy by credentialed professionals have increased the scope of the therapy by not limiting it to just a particular demography. Today, people from every walk of life can immensely benefit from music therapy.

Since the very basis of the therapy is something that most people are actively or passively involved in, music therapy could have more far-reaching benefits than other healing techniques since the participant will instantly feel a connection. While every therapists approach is different, music therapy largely makes use of composing tune or lyrics or simply listening to certain types of music.

So, who can benefit from music therapy?

Looking to de-stress or simply charge up your body for that workout, music therapy helps leaps and bounds. However, the scope is much wider panning to various psychological and physiological ailments.

Autism – Several psychologists and authors have affirmed that children and adult with autism can immensely benefit by listening to certain types of music. Given their uncommon inclination towards music, music therapy will give the special people a chance to experience- without coming in direct human contact- outside stimuli. In a lot of cases when music therapy was applied along with the ongoing treatment, the participants had shown better improvement in terms of socio-economical factors. The experiment reported lesser isolation periods and social withdrawal. However, it should be kept in mind that owing to the sensitivity of their condition, it is best that they receive music therapy from an experienced and highly trained individual.

Chronic Pain – Pain and music are both sensory inputs, as such that in terms of pain when the signal is sent to the brain the person would feel pain as the output comes from the site of emotional synthesis in the brain or the limbic system. The main aim of using music therapy to alleviate pain is to work on the vibrations, and to merge the vibration of the music with that of the pain. The music diverts the patient’s focus from all the physical symptoms, and which is why apart from pain music therapy also works in case of nausea.

Substance Abuse – For most people growing up and when they were introduced to their first pint of vodka or joint, it was almost always with friends or at a party. 80% of people have agreed that they like tripping with some sort of music playing in the background- generally Pink Floyd and the likes. Music has a profound influence on our mood so much so that in due time it can change our traits. For instance people who tend to listen to a lot of metal and rock music are often aggressive, which is evident by the ‘wall of death’ phenomenon at various metal concerts. The wall of death is basically the fans dividing into two groups and when the aggressive beats kick in, they charge at each other. This results in injuries and sometime death. Anyway, the purpose is to explain the degree of influence music has on our brain and hence on us. And just like it can turn people aggressive and lead to heavy substance abuse, it can work to help them kick the habit as well.

Depression – The number of depressed people today would easily surpass the number of obese people in every country combined. Depression affects people of all ages and the musical stimulus directly has an effect on the emotional and mental changes. The therapists often combine theory-based techniques to increase the effectiveness of music for stress and depression.

Although the reception to this alternative health care technique has often been mixed, a lot of studies and experimentations are being conducted to establish the efficacy of music therapy. The easiest way is by listening to soothing music to meditate or calm your mind whenever you are depressed or stressed.

THePETEBOX | Where is My Mind | Pixies | 2 Seas Sessions