The Guitar: A potted history of the worlds’ most accessible instrument 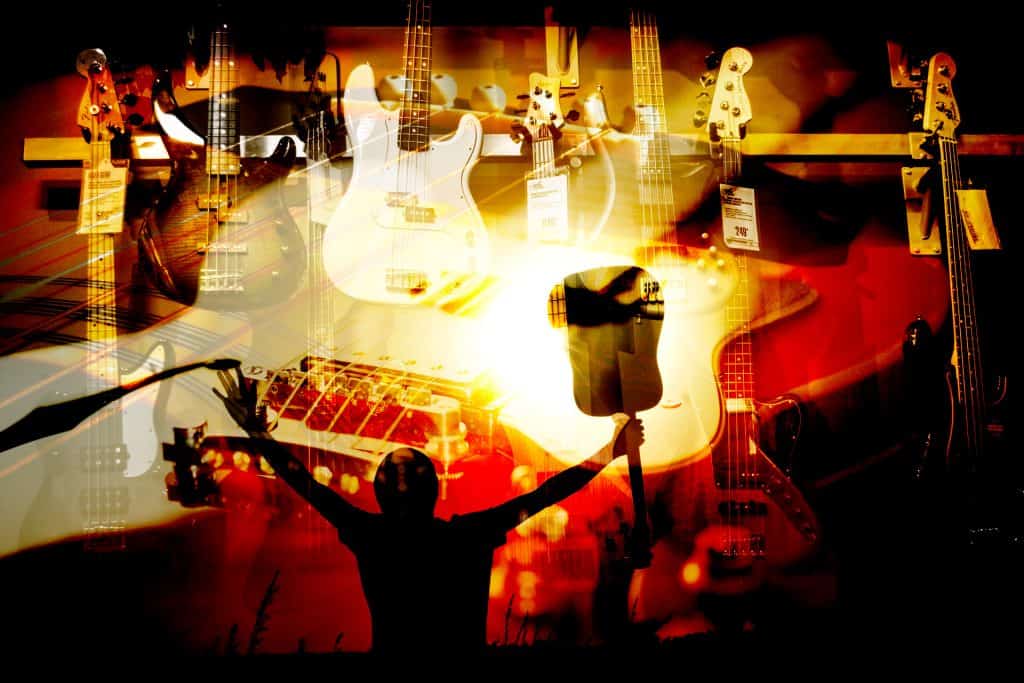 In any given town of a fair size pretty much anywhere in the world you'll find a store either dedicated to or at least proudly displaying guitars. Acoustic, Electric, and Classical guitars. guitars with a pedigree, guitars without. Guitars with digital interfaces, guitars of five hundred-year-old technology. Six strings, a neck and a body in a vast array of manifestations.

The Guitar: A potted history of the worlds’ most accessible instrument

In any given town of a fair size pretty much anywhere in the world you’ll find a store either dedicated to or at least proudly displaying guitars. Acoustic, Electric, and Classical guitars. guitars with a pedigree, guitars without. Guitars with digital interfaces, guitars of five hundred-year-old technology. Six strings, a neck and a body in a vast array of manifestations.

In every one of those stores will be a star-y eyed kid dreaming of jamming out on all those guitars hanging in the window. So it has been and so it will always be.

The guitar through its portability, immediacy and sheer usability has more than any other instrument crossed borders, frontiers and times.

A little bit of history…

There are references to stringed instruments in ancient texts from across the world, some strummed and plucked some bowed, the Lute, Sitar and Harp amongst many others. But here we’re interested solely in an instrument loosely defined as a guitar.

Artworks from the European Renaissance period (14th-17th century) show a definite figure-8 shaped plucked instrument with several courses of strings. Some or all of which are doubled like a mandolin or a modern day 12-string guitar. A ‘Guitarra Latina’ is referenced in court literature of the time. There are still in existence in European museums and conservatories examples of guitars from the 14th and 15th centuries including two surviving examples built by the world renowned instrument builder Antonio Stradivari, perhaps more famous for ‘Stradivarius’ Violins.

Over time the instrument evolved. Six strings became the norm usually in an E / A / D / G / B / E or ‘Spanish’ tuning. The body shape becomes bigger and wider with a more pronounced bout to the figure-8 shape. The strings themselves change from gut to wound steel. By the 19th century, its usage has become less courtly and more ‘of the folk’.

In the melting pot of early US American history, the guitar takes on a vital role and evolves quickly into a loud, brash rhythmic instrument used in small groups or solo as an accompaniment to voice.

The need for the instrument to be heard among much louder brass and percussion instruments led to some truly unique innovation. Resophonic guitars originated by Slovak-American immigrants the Dopyera brothers were fitted with resonating cones that would mechanically amplify the raw acoustic sound. Maccaferri guitars, designed by Italian guitarist and instrument builder Mario Maccaferri and favoured by Jazz players like Django Reinhardt were fitted with internal sound-boxes to clarify and amplify the sound further.

All these technical advances in acoustic volume were, of course, made mute with the invention of electrical amplification. From the early 1930s pick ups were fitted to guitars enabling them to be plugged into an amplifier this facilitated the guitars’ next evolution into the electric guitar.

It was Californian Leo Fender who in 1950 presented to the world the first mass-produced solid-body electric guitar named ‘Broadcaster’. Other makers had produced electric guitars before but none with the accessibility and playability. Its solid body more or less cancelled out the feedback problems associated with previous hollow body designs. Guitar players could now get louder and keep to control of the feedback. Just in time for Rock’n’Roll.

“A Guitar you say boy, what’s that then?”

Read through an interview with any the famous British guitar players of the 1960s and 70s and sooner or later the inevitable question of early influences arises. Keith Richards, Brian May, 2 Seas artist Wizz Jones Eric Clapton, and George Harrison will all offer one, two or all three of the following names. Bert Weedon. Lonny Donnegan. Davey Graham.

In 1932 in East Ham, London 12-year-old Bert Weedon began learning classical guitar. He is quoted as saying that “I took my guitar with me on the bus and people would ask what it was, nobody had seen a guitar, let alone heard one”. Weedon had a hit in 1959 with ‘Guitar Boogie Shuffle’ and again in 1960 with ‘Apache’ but his influence as a guitar player is more to do with his ‘Play-in-a-day’ series of self-tutorial books. It seems an entire generation of guitar players including all those listed above learnt to play the ‘Play-in-a-day’ way.

“The King of Skiffle” Lonnie Donegan grew up in the same East Ham area of London as Bert Weedon. 11 years apart in age, they frequented the same streets. It is not known if they ever met pre-fame and fortune.

However, Lonnie did have a similar if less orthodox effect on the same generation of musicians.

At the time the only guitar players in the public eye were the aforementioned cabaret friendly Mr.Weedon and concert guitarists like Andres Segovia with seemingly unobtainable levels of skill. In 1956 Lonnie Donegan burst on to the young baby-boomer scene with a simple but powerful concoction of hard-strummed 3 chord acoustic guitar, washboard percussion and T-chest Bass with earthy songs borrowed from American folk players Leadbelly and Woodie Guthrie. Overnight anyone could be in a band and everyone who later became a British music star was. The day John Lennon and Paul McCartney met, John was playing in his Lonnie Donegan inspired Skiffle band ‘The Quarrymen’.

Born in 1940 in Leicestershire England Davey Graham began to play guitar at the age of 12. He went on to inspire a wealth of folk guitar players who went to greater things. John Renbourne of the seminal British folk band Pentangle is quoted as saying that “Davey just had this finger style that we all wanted, he started it”. His most famous composition ‘Anji’ has become something of a rite of passage for any fingerstyle acoustic guitar player with artists as diverse as Bert Jansch, Simon and Garfunkel and Chicken Shack covering the song.

In this early 21st century the guitar can seem ever-present, it is ubiquitous with modern everyday culture. It appears in TV adverts to suggest an air of cool. Every kid in tight jeans and beaten Converse boots has a guitar slung over the shoulder. In early 1962 Decca Records executive Dick Rowe famously told Beatles manager Brian Epstein “Guitar groups are on their way our Mr.Epstein.” Not yet they’re not Mr.Rowe, not quite yet.

Instruments and Guitar players in this article:

Davey Graham – she moved through the fair:

Leadbelly – Pick a bale of cotton:

Woodie Guthrie – That’ll be the death of me:

The Quarrymen – Puttin’ on the Style:

PrevPreviousThe Music Industry: What happens now all the money has gone?
NextAll The Gear – Part One: The equipment that made Rock ‘n’ RollNext