They have captivated audiences far and wide. Performing shows across their native Scotland including a lauded performance at the internationally renowned Edinburgh Festival as well as shows south of the Scottish border across Southern England and London.

What is clear just from watching these guys on ‘net videos is that they sincerely love what they do, however seeing them do their thing live takes it all to another level. Passionate delivery and musical prowess with an On-stage confidence backed by keen rehearsal allows the band to improvise live around powerful Stompin’ blues and boogie rhythms and themes. Their enjoyment in their art is tangible and infectious. 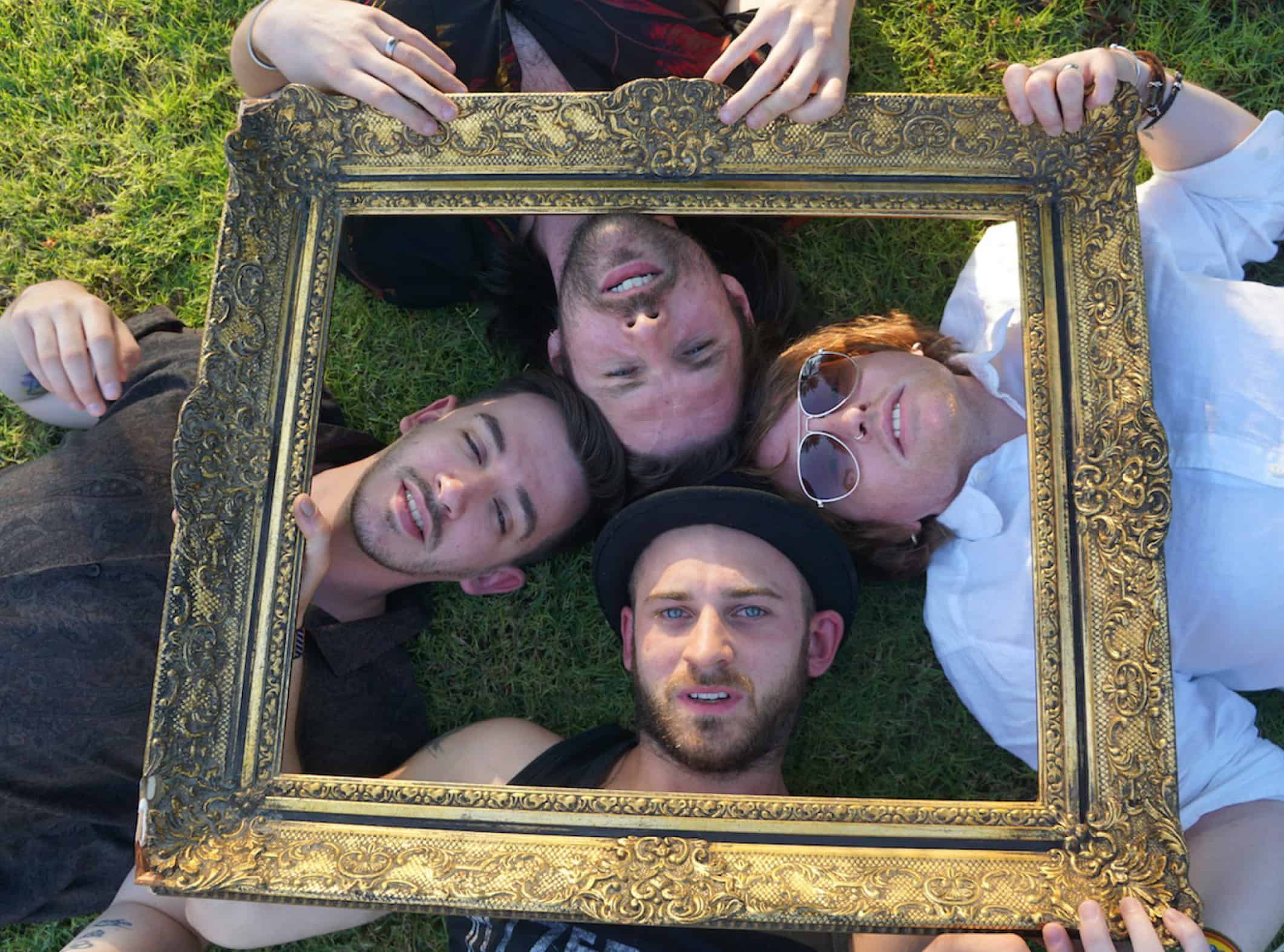 Many miles from Scotland to the Desert…

It was the first time visiting the Middle East for David (Vocal), Reese (Drums and Vocal), Roy ‘Kelso’ (Bass Guitar and Vocal ) and Stevie (Guitar and Vocal) arriving after a 6 hour flight from the UK for a number of days to record an exclusive set for 2 Seas Sessions on the Island Kingdom of Bahrain.

This was an unusual session for the band,they were a man down as one of the regular band couldn’t make the session and so they elected to perform in a ‘broken down’ style, using much less in the way of backline, drums and equipment than in their usual setting. The 2seas in-house crew, all seasoned professionals, were struck not only with the beautifully sweet harmony vocals from the band and their general tightness but also their uncanny ability to ‘get it’ in one-take. Leaving much more time for tea!

This smart, young, good looking and talented gang of young men have a bright future ahead of them. It was an absolute pleasure to have them visit us at the 2Seas Studio.

It seems they enjoyed their visit. All concerned had a great time. Four, not only talented, but also hilarious fellas were an absolute pleasure to work with. The results of the 2SeasSession speak for themselves.

★ The Rising Souls - Sail Along the Distance - 2Seas Sessions #9 - Bahrain