2Seas studio – The home of Acoustic Music: Why we like acoustic music 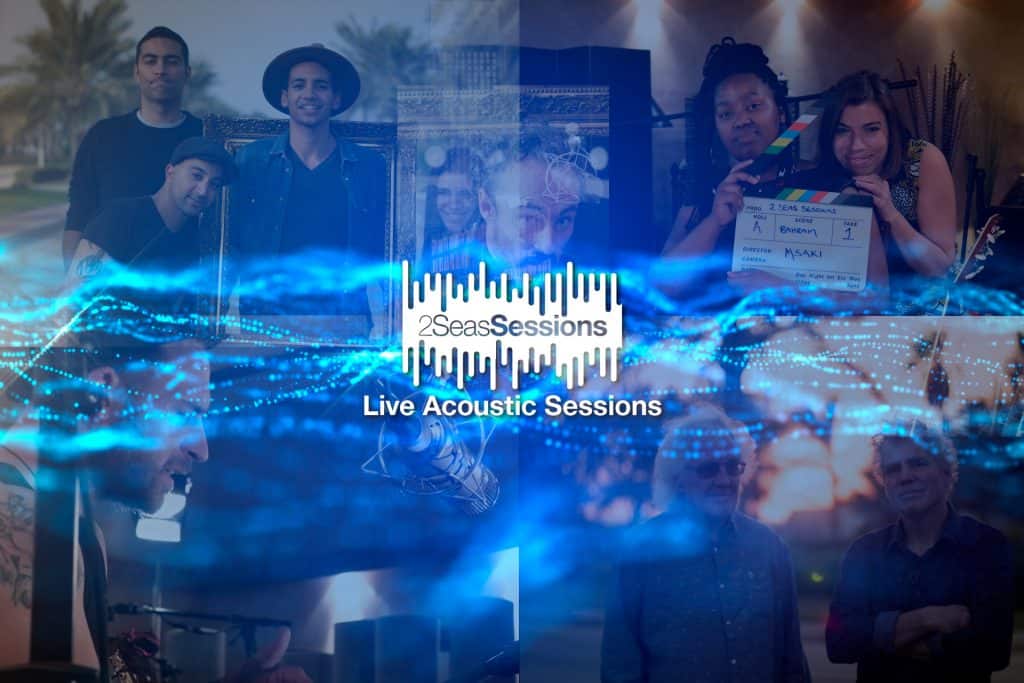 Here at 2Seas we have a certain love of acoustic music. Blues, Jazz, Reggae, Soul, Folk singer-songwriter or ‘other’. We don’t really care which direction it comes from, like the warm desert breeze it’ll find its way to 2Seas.

Here at 2Seas we have a certain love of acoustic music. Blues, Jazz, Reggae, Soul, Folk singer-songwriter or ‘other’. We don’t really care which direction it comes from, like the warm desert breeze it’ll find its way to 2Seas.

Maybe it’s the sea air drifting in from the Persian Gulf or the desert landscape, or maybe just something as they say ‘in the water’ on this wonderful pearl of an Island. In any case we know that our beautiful studio lights up when good acoustic music is being played like at no other time.

But it goes up to ten!

Yep, sure enough Rock’n’Roll is loud, very loud. We know that and we enjoy it, albeit earplugs firmly in place, but we do listen to and go and see loud ‘plugged-in’ music. The thing is we just like to take things a bit easy in the desert heat, and we like the way that easiness rolls with our visiting artists.

Its important to say that we don’t just bring in acoustic artists, in fact to the contrary most of our artists have more experience in the plugged-in situation but what we ask of them is to present a ‘broken- down’ acoustic style.

When The Rising Souls visited 2Seas from their native Scotland with their rock-soul sound they rose fantastically to the challenge of re- working their music to our acoustic brief and in our opinion the Acoustic and Spanish guitars lent a space to their sound allowing their vocals to soar.

As a counterpoint another visiting artist from the UK has decades of entirely acoustic experience behind him. The near Legendary Wizz Jones graced us with his presence along with his Flautist son Simeon. Wizz is in his late 70s and has been performing his particular brand of guitar led folk music since the burgeoning folk scene of the early ‘60s around the Soho Coffee bars. It was such a pleasure to hear him play

and something of a master-class as we recorded some classics and newer material. It was also a great deal of fun recording an interview covering his career, influences and some really good ‘rock’n’roll stories rightfully name-dropping Eric Clapton and Keith Richards. Wizz is a true and authentic singer-songwriter of the old school and he blended straight in with us, and our ethic here at 2Seas.

Heavyweight acoustics is where it is at for 2Seas Artist Toby Barelli AKA King Size Slim with his unique take on Blues music and that is right up our street.

Talk about loud! That steel resonator guitar that Toby brandishes so effectively is not only really heavy but also really loud, it’s the single loudest stringed acoustic instrument we’ve ever seen. The sheer volume does not detract from the subtlety in his playing however, during his session he presented us with 5 original compositions from his previous two albums varying from hard-blues-boogie to soulful ballad and a specially selected cover of Bob Marleys’ ‘Redemption song’
Toby is another artist whos’ acoustic sensibilities sat right in the groove with us here at 2Seas, what a pleasure it was to have him over from his native Hastings UK.

Hailing from East London, South Africa Msaki came to Bahrain for her session and blew us away with her sincere, raw and honest delivery. On a couple of the songs Msaki paired her Acoustic Guitar and a Harp along with a little percussion to provide a back-drop for her beautiful vocal. That kind of peculiar, unique sound is very much what we look for here at 2Seas. It was a truly great session and the wonderful results can be seen in the full-set video.

Mo Zowayed is something of a local hero in Bahrain his sound has seen him perform across the U.S.A and Europe and he is a regular feature in the Bahraini music scene. He’s known to all of us here at the studio and that only helped this session go even more smoothly than usual. With his innocent tones and hand-crafted songs he proved his worth as a leading light of Bahraini music with his fine all acoustic session. We were all very glad to see him playing at home between international flights.

2Seas: The home of Acoustic music… and tea and biscuits!

Whilst we have a lot of fun and eat a lot of biscuits to go with the gallons of tea during a 2SeasSession we do take our music very seriously. We bring world-class musicians from across the globe to our exclusive state-of-the-art studio and do everything we can to facilitate a genuine and honest acoustic performance. So far we’ve created some great recordings with some great artists and we look forward to many more.

2SeasSessions featured in this article:

PrevPreviousWhy are the British so good at making Pop Music?
NextThe Rhythm Section: Keeping the beat to your feetNext