Muntu Valdo is a Jazz singer-songwriter from Doula, Cameroon.

In many ways, Valdo seems to have created his very own style of music as he blends the very traditional sounds of folk music in Cameroon with his own rhythm and melody. Muntu refers to this style as “Sawa Blues ” and there is little way to suggest an alternative title, for there is really nothing like his music.

Another clear inclusion in his particular style of music is the wide range of influences which seem to find their way into the songs. Naturally, there are idioms from his native homeland in Africa, but there are also traits of samba from Brazil and often, a certain degree of soul music from the United States. Either way, it makes for quite a mix and brings further reason to refer to musicians as artists more than anything else.

Valdo grew up on the coast of Cameroon next to the Gulf of Guinea. While his father hails from a small sawa community on the mainland called Dibombari, his mother was born and raised on the Malimba Islands. In this regard, we need no explanation as to how or why Munto seems so authentic and unique on stage. Describing himself as a “Sawa Boy”, it seems both a contrast and a blessing to watch an artist who has clearly retained the culture from such a primitive part of the world.

At the same time, it is unsurprising to find someone like Valdo so talented, for since a very young age, he was known for a particular ability to remember, recall and recite stories of any kind. Interestingly, it is from here we learn of the reason behind the artist’s name, for Muntu, is an abbreviation of his nickname “Muut’esucudu” which translates as “Good student”.

It is also possibly this reason (primitive background) that the variety of famous artists with whom he has shared the stage extends so far. From Manu Dibango and Richard Bona to Lokua Kanza, Eko Roosevelt, and Alpha Blondie.

With a guitar in hand, Muntu proceeds to perform an engrossing variety of songs with a deck of pedals at his feet and several other instruments to hand such as the tambourine and harmonica. Simply put, it is a spellbinding performance which demonstrates the incredibly high level of concentration needed to master every sound at the one time. At some point in the performance, the African Bob Marley-esque style transitions to bossa nova before we return once more to the harmonica.

However, Bob Marley is clearly just one influence, for Stevie Wonder and Bob Dylan are two more famous acts for which Muntu Valdo attributes as being a major influence on his style. In some cases, the melodies can be reminiscent, but without doubt, it is the lyrics which affirm the importance of which he holds anything spiritual, emotional or philosophical.

As he softly plucks away at the strings or exhales into his harmonica, there is often a sense of rhythm which is very apt given the nature of Valdo’s background. Furthermore, the love, peace, soul and genuinely heartfelt feeling are all evident as we go about capturing the true essence of the man and the music for our 2SeasSessions. 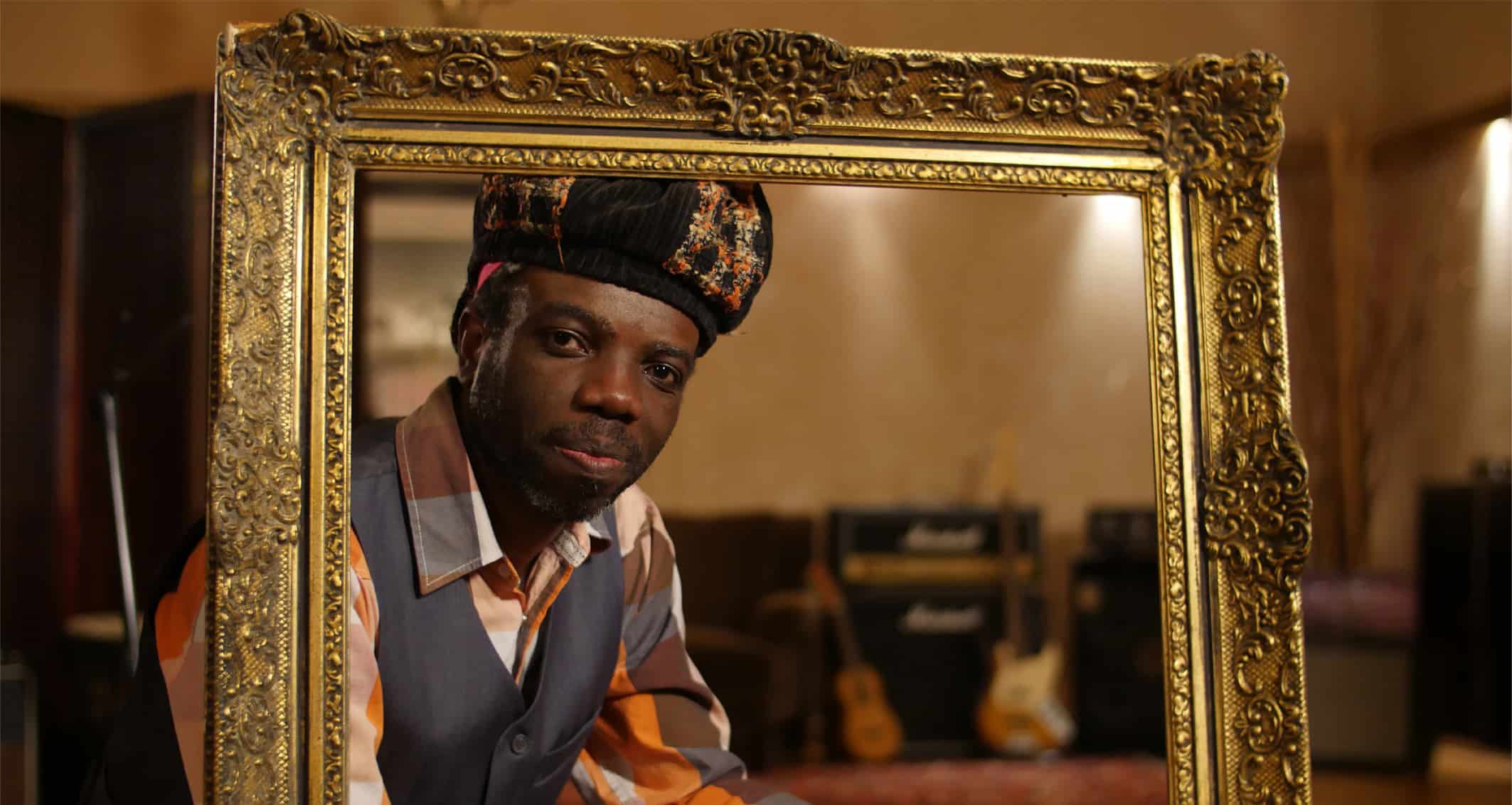 More than just a one-man band

Muntu Valdo can seem rather unassuming at rst, but the intricate nature of his style and performance is clearly a sign of his deep love and dedication for the sound. While we also mention some of his in uences above, it should be pointed out that his music derives from a very different place than Dylan, Wonder, and Marley. There are layers to his style which he manages to blend seamlessly using the guitar, harmonica, percussion and even his vocals.

While even the presence of a foot pedal may seem contradictory to the roots which he clearly holds so close, we understand that this is part of the reason this particular session was so special. After all, it is this foot pedal and technology which allows him to become a one-man band. Yet it is also here, in this contradiction, that we learn more about the true beauty of Muntu Valdo, for his acceptance of technology, samba, and Dylan is symbolic of acceptance and love in his very own homeland.

Having traveled to Africa and the Middle East before returning to Europe, Muntu Valdo is writing and producing a tribute to the affected men, women, children and families all over the world who seek shelter, love, and peace in the midst of the current humanitarian crisis we are facing.